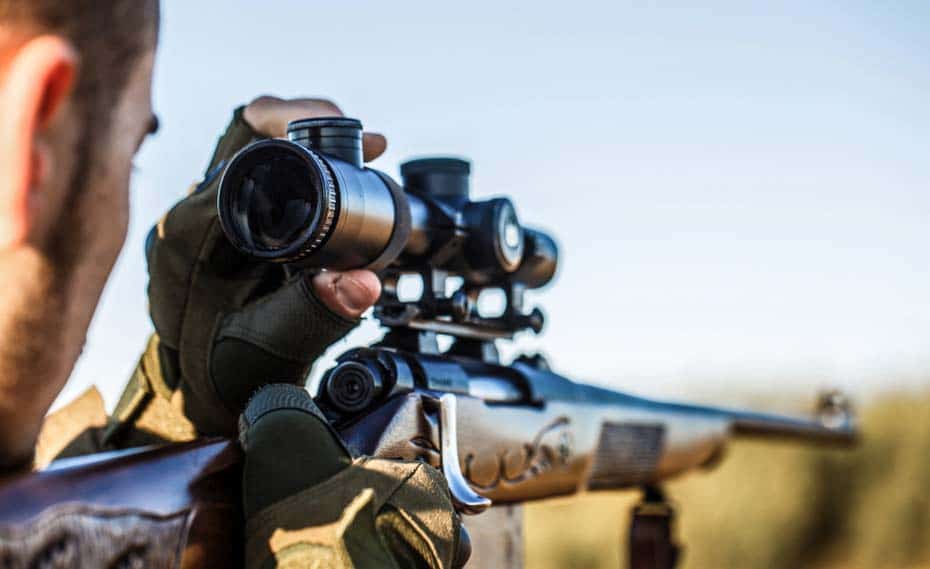 Many hunters won’t give so much thought to this, but the most significant invention, if you are hunting with a shotgun, is the choke tube.

Choke tubes are easy to use. They can turn a single gun into several other specialized guns by altering the gun’s pattern and range so that a single shotgun is used effectively on a wide variety of hunting spree.

However, getting these specialized guns will depend on the type of choke tube that you’ve got in the barrel of your gun.

So which shotgun choke is best for hunting a large, slow bird, such as a turkey? Don’t worry; I will get to that.

In this post, I will give you some of the best tips that’ll work well with the shotguns. These tips will assist you in picking the right choke for the shotgun that you have. In addition, I’ll give more information on some of the most commonly used shotgun choke tubes and the benefits of using them.

Origin of the Shotgun Choke

While shotguns have become a common thing for most hunters, especially turkey hunters, they weren’t immediately embraced when they first came up. The first shotgun choke was patented in 1866, but it was until 1969 that it was first introduced by Winchester in their Windhoek for the Model 1200 and 1400 shotguns.

Since then, the choke-tube design has been universally embraced by hunters. Today, this interchangeable system has increased the shotgun’s versatility and saved many people lots of money that they would have spent on buying several guns.

For turkey hunting, shotgun chokes have become a common routine as hunters use them to get a versatile experience on a single gun.

How Does a Choke Tube Work?

A choke tube will constrict your gun’s shot charge. It will hold the charge together for some time before allowing the shot to spread. In doing that, it enables the gun to give a denser shooting pattern when you are sitting at a longer range than when using an open choke or if shooting with no choke at all.

Like the nozzle end on a garden hose, the choke controls the spread of your shot by either narrowing it or widening it. As such, the tighter your constriction, the longer the range that you’ll achieve.

Before choke tubes were invented, guns were designed with straight tubes. Their effective kill range was between 25 to 30 yards, and any success beyond that range was just a matter of luck.

Thankfully the invention of these choke tubes has provided better shooting ranges and more success. Here are the most common choke tubes for hunting

This type of choke is a combination of two choke patterns. They are known as the “gobbler getters” from some quarters and are suited for making successive headshots when you are turkey for hunting.

The super-full choke has extra-tight constrictions, which gives it better accuracy and the densest shot patterns. Using the turkey head means that you won’t miss out on your kill, unlike when using a straight tube.

The next choke is the full choke. It has a tight constriction and will leave you with a dense pattern. In approximation, this type of shell will be delivering about 70 percent of your total pellets at 40 yards.

Full choke is one of the best chokes for trap shooting and waterfowl pass shooting. It is again common with the turkey hunters and the buckshot loads.

This modified choke comes with less constriction than the full choke. Its successful delivery again goes down a little when compared to that of the full choke to about 60%. It’s best for waterfowl hunting and if you want to hunt for distant upland birds. You can use it for small-game animals too, including rabbits.

Nonetheless, it still works well if you are shooting waterfowl or pursuing the close-quarter upland birds, including quail and pheasants. Use this choke on rifled slugs if you want better success.

This one has no constriction. It distributes less than 40 percent of the total pellets of the shell and is commonly used by law enforcement agencies on their service shotguns.

Finally, we have the skeet, which is a type of choke that distributes about 50 percent of its shell’s total pellets; however, it’ll do this successfully on 25 yards and not 40 yards like the others that we have seen. It is the best for close-range delivery on skeet shooting.

Now that we have seen the most commonly used choke tubes for hunting, which shotgun choke is best for hunting a large, slow bird, such as a turkey?

Like we have seen above, the best chokes for hunting turkey are the first two types of chokes, which include the:

Why are These Types of Choke Best for Turkey Hunting?

Well, the reason is simple. For starters, the special turkey chokes will create tighter patterns and, as such, increases the lethal ranges that your shotgun can take. This boosts your accuracy and increases your chances of successful hunts.

In addition to that, these two types of chokes are flexible. You can easily try them with different loads and get some of the best results out of your hunt. A full choke gun is enough if you are shooting the 28 or 30-inch type of barrel.

They won’t allow your pellets to spread out as much and, in so doing, allows you to get more shots on your target at the longest ranges.

To give you a better understanding of how the best turkey hunting chokes for shotgun works. Here are some of the common concerns that most people have.

Can I Buy More than One Choke?

Yes. It is not every day that you will hunt for turkeys. There are days that you might as well go for skeet, quails, or rabbits. Having different types of shotgun chokes enables you to hunt for all these while at the same time saves you from using the money that you’d have used to buy a different gun.

How Heavy Is a Shotgun Choke?

Shotguns choke aren’t heavy. You can carry three types comfortably without feeling any additional weight. This is why many hunters that go for a weekend hike will carry different types comfortably. They will fit well in your backpack and, in so doing, save you from carrying many guns.

What are the Benefits of Using Shotgun Chokes?

They boost your accuracy, they save you money, and they allow you to travel light. These are some of the most basic benefits that a shotgun choke will present. Choose a shotgun choke depending on the type of hunt that you want to embark on.

When is a Full Choke Most Effective?

An improved cylinder choke is, on the other hand, most effective from a 20-yard range to 35 yards. It is not ideal for hunting turkeys. Even so, you can have a bit of success with it if you don’t have the two previous shotgun chokes.

Where Can I Buy My Turkey Hunting Shotgun Choke?

Find your best turkey hunting shotgun choke online. You can save some money by buying online, and again you’ll find several types of chokes.

So which shotgun choke is best for hunting a large, slow bird, such as a turkey? You’ve got that covered. Even so, here is what you should remember. Prior to the invention of the shotgun choke, success stories weren’t that common with hunters.

Today though, the introduction of the choke has boosted the success of several hunts. The chokes are designed for special uses, and as such, you can choose your choke depending on what you intend to hunt.

From turkey, pheasants, rabbits, quails, to skeets, you can always choose a shotgun choke that meets your needs. This is awesome as new hunters can improve their hunting success quickly too.

Before you choose your type of choke, make sure that you understand the type of hunting that you are involved in and what type of shotgun load you’ve got.

Again, learn how to use the shotgun choke properly so that you can eliminate any form of accidents when you are out hunting. You can read the user manual or ask a pro hunter to help you out.

2 thoughts on “Which Shotgun Choke Is Best For Hunting A Large, Slow Bird, Such As A Turkey?”