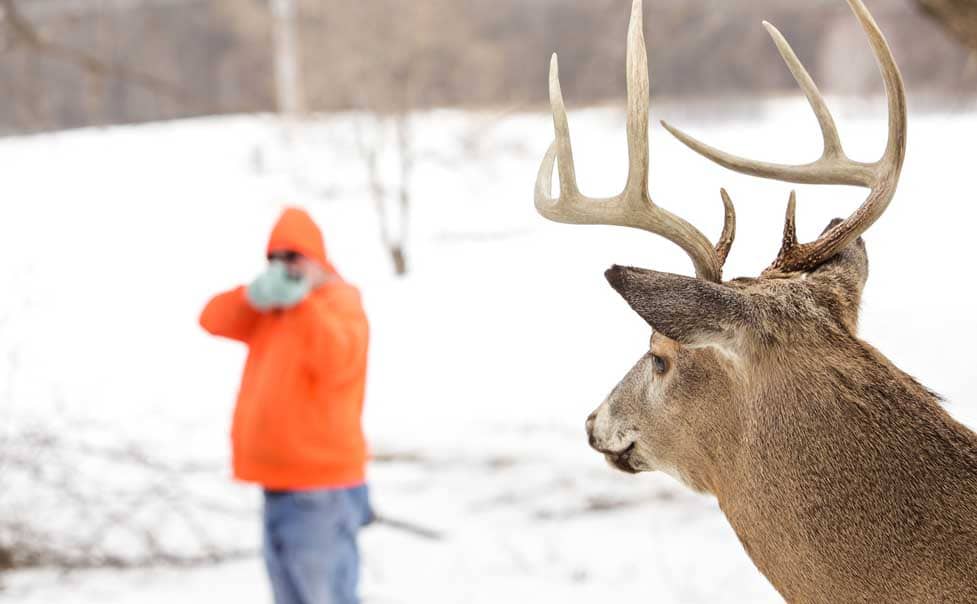 I have gone deer hunting with my dad ever since I was 12. The experience was awesome, and the memories have stayed with me since. More importantly, I have enjoyed every single day that I have been out in the wild to hunt deer.

Today, my son is 13 and will be joining me for his first deer hunting adventure. And just like him, I have one vital tip to share with all of you. Any good deer hunter must know where to shoot deer with crossbow.

This is one of the major tricks for a successful deer hunting adventure. So, where should you shoot a deer with the crossbow? Read on to find out, but first, I want to show you the major factors to consider before taking that shot.

Let us dig in!

Factors to Consider Before Taking Your Shot

Before you take your shot, you must ensure that the environment is ideal for the shot to be taken. As such, you must consider quite a number of factors. These factors will come into play, whether the deer that you are going for is moving or simply standing.

The first thing that you’ll have to consider is the movement of the deer. Is the deer moving or standing still? This is a question that you should ask yourself promptly. Well, the reason for this comes to the ease at which you will shoot the deer.

Here is the thing, a deer that’s standing is easy to shoot at. Since you can easily align your shot, even so, shooting at a moving deer is quite difficult, as aligning the shot will be very tricky at any moment.

One thing is clear though, a deer that’s running will hardly change the direction to avoid the arrow. As such, if you are a seasoned hunter, you can still go for the kill as the movement is predictable.

Most of the time, a deer will be very alert to any intruders. The level of alertness will mean that you have a near-perfect shot or a very long shot. An alert deer is often ready to kick off on the run at any slight thing.

This is something that you don’t want to add on, especially when going for the kill. To give you better chances of getting the right shot, so get sound dampeners for your bow so that you can get the best kill.

Distance from the Deer

For a great shot, it is advisable that you stay at least 35 yards from the deer. This will make your time easy when taking the shot. If you don’t, you’ll find that making the shot will be very difficult.

First, if you are a long way back, the deer will have enough time to react and avoid your arrow. Secondly, if the distance is very wide, the arrow will lose power and, as such, hit the deer with low momentum. And finally, if the arrow is shot at a longer distance, its trajectory will be affected easily.

Making sure that you understand the strength and direction of the wind will help you to understand the type of force and strength that you must apply when taking your shot. More importantly, it will also allow you to get the best direction from which to take your shot.

NOTE: With that said, it is important that before you take any shot with a bow, you ensure that all other factors are actually supporting your shot. The trajectory of the bow can be easily affected by the direction of the wind too, and long shots will make the effect worse.

Where to Shoot Deer with Crossbow

Now that we have seen the factors that will affect your shot, let’s take a look at the best places where to shoot a deer with a crossbow.

At the Vital Organs

One of the best places to shoot at a deer is to aim at its vital organs. This will give the deer a painless death in no time. However, this requires you to understand the anatomy of the deer before you go hunting.

You can aim at the lungs, which are the largest organs that a deer has. Aiming and puncturing the lungs will lead to loss of blood quickly and, finally, death. The lungs are located right behind the shoulder of the deer.

They stretch from the mid area behind the shoulder right to the bottom of the deer. You can also focus on the heart, which is located right below the lungs and in the chest cavity.

You can also aim at the small portion that’s located directly behind the deer’s shoulder or the front leg. This is the best shot if you want to hit and puncture the lungs and the heart at the same time.

It is the one-shot that again enables you to kill the deer faster and humanely. Eventually, you will easily get your deer and inflict as minimal pain as possible.

Since you are hunting with a bow, you always want to aim at the broadside as much as possible. Going for the broadside shot allows you to get the clearest shot at the deer without necessarily missing.

The broadside shot will also enable you to focus and get a clear hit on the vital organs that lead to a quick death and with less pain. Broadside shots will easily hit on the blood trail and leave you with a satisfactory kill.

Let me say that shooting at the deer on the broadside doesn’t consider the type of bow that you’ve got. So whether you are going with a compound or crossbow, the advantages will still remain the same.

Well, you will be able to break the bone but hardly will you manage to kill the deer. The deer will probably run off with an injury that it can nurse.

Someone who is on a tree stand should take advantage of getting more power to the arrow and getting quicker loss of blood.

Straight on shots will lack enough power to inflict the greatest damages and quick death. They may also leave the deer with an injury but not the kill, depending on how you take them. As such, it is important that you focus more on taking patient shots.

Take your time to get comfortable and to get a good grip on your shot before you release the bow. This will leave the deer with the ultimate damage inflict the greatest damage.

Before you take your shot, remember that you’ve got several things that you must consider.  These things include the direction that the deer is facing, the direction to which the wind is moving, and how far away from you, the deer is.

More importantly, you must also consider how alert that deer is to your intrusion.  This will go hand in hand with whether the deer is standing still or moving. With these considerations, you’ll be able to shoot your deer properly.

Until then, you can start by learning where to shoot deer with crossbow and then progress slowly towards the right path of mastering the factors that you must consider before taking the ultimate shot.

1 thought on “The Ultimate Hunting Tips: Where to Shoot Deer with Crossbow”