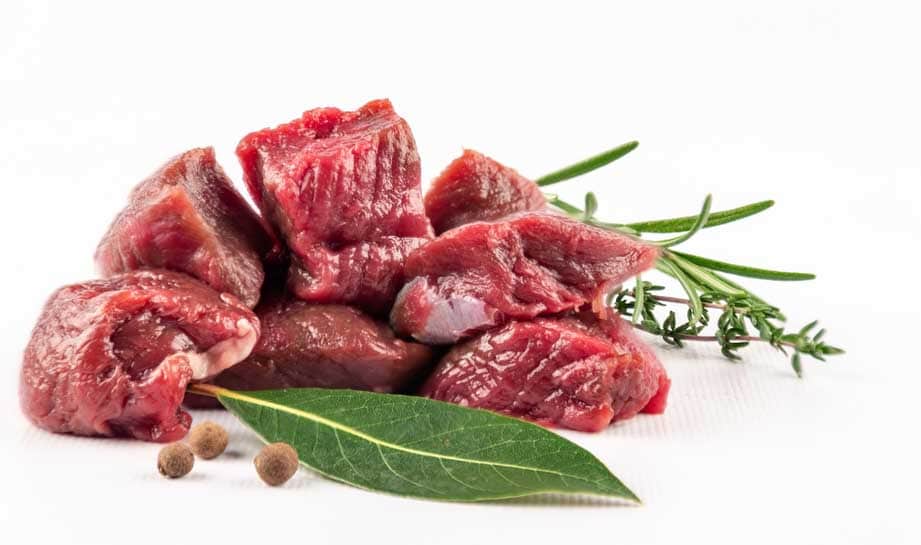 When a deer hunt goes well, you should be upbeat. At least most hunters often do. The thought of getting this delectable delicacy is just unimaginable. With a good hunt, you should be home and dry. You are sorted for quite some time with one of the best dishes that you can get from game meat.

So how much meat can you get from a deer? Well, that’s what I am going to talk about today. But before I do that, here are a few things that I’d love you to understand about deer meat. It’s especially very helpful if you were a new hunter.

The term used to describe deer meat is called venison. The term originates from a Latin word that means to hunt and originally referred to any form of game meat. However, today, this term is preserved for no other type of meat except for that meat from the deer, elk, or antelope.

The term venison is now used to actually refer to any part of these thee animals as long as it is consumable and will include even the internal organs.

How Much Meat Do You Get From a Deer?

Well, going by what many experts say, most successful deer dressing after a hunt will leave you with the meat of between 50 and 60 percent of the total weight of your carcass. But that will depend on so many other factors that we are about to look at.

Even so, many people have also argued that you can always use the size and the weight of the deer to determine the amount of deer meat that you’d get after a successful hunt.

Personally, though, I have also gone home with over 100 pounds of deer meat from a single hunt. And this is huge since it shows the potential that a deer has when it comes to producing meat for consumption.

Factors that Determine How Much Meat You Get From a Deer

There are several factors that’ll determine how much venison you’ll get from your deer. In this section, I have included some of these factors so that you understand what to expect from every kill. They include the following:

If you wanted to know how much meat from a deer you can get, then this is your best answer. The amount of meat that you’ll get is heavily determined by the size of the carcass (size of the deer) that you get from your hunt.

The average mature buck will weigh about 160 pounds, while a mature doe could go for about 140 pounds. Armed with this information, it is clear that any deer that hasn’t met its prime will produce less amount of meat.

Another thing that will determine the amount of deer meat that you get from your hunt is the sex of the deer. Sex determines not only the amount but also the quality of venison that you’ll end up with.

Like I mentioned above, a mature buck will beat a mature doe with up to 20 pounds of deer meat. More importantly, bucks are masculine and, as such, have tougher meat than that of the doe.

In other words, the doe will give you more venison per live weight. However, the buck will take the trophy home on the overall yield.

The age of the deer is also a great determinant of how much meat you’d end up with. In an ideal scenario, fawns will weigh less than mature adults. But again, a deer that’s already aged will also weigh less than any young mature ones (this is the real deal when it comes to venison).

The size and weight of the deer will go hand in hand. A heavier deer will most likely have large amounts of meat. They will give you better juicy meat than the deer that weighs less on a weighing scale.

More importantly, the level of the skill of the hunter is very important too. For instance, what’s the hunter’s ability to take a clean shot? This is a great determinant. Clean shots will preserve the meat, while untidy ones can deal huge damage to the deer meat.

That’s why working with a pro hunter is the best thing that can happen to you. Some of the best places to shoot a deer if you want to preserve the meat are these.

NOTE: All these three shots are excellent when you want to save your meat and, at the same time, kill the deer quickly. The headshot is often hard to execute and will need a polished hunter. The neck shot deals with the deer a quick and painless death, while the heart region shutters the most vital organs.

How to dress a dear is another skill that’s best learnt if you want to save your meat and carry the juicy chunks home. There is an initial butchering that’ll remove most inedible parts, including the legs and the head.

Then there is the main course where you get your meat. When going with the main dressing, you should be on the watch out. Do not rapture the gall bladder as this could destroy your venison and leave it with bitter and inedible taste.

State of the Deer

When it comes to how much meat do you get from a deer, then again, the deer’s state of health will determine the amount of meat you get. A sick or nursing doe will produce less meat compared to a healthy doe.

Bucks can also have lower fat levels when the mating season comes to an end. And with the deer fat tasting bad, this can make up for an awesome time to hunt for the buck.

What Can You Do to Get the Best Deer Meat?

There are so many things that a hunter can do to end up with enough venison from a single hunt. Some of these things include the following.

The first one is to be very patient when you make your kill. Well, want the meat fresh, that’s for sure. However, you must make sure that you take your time when skinning the deer so that you don’t lose so much meat.

Patience is, therefore, a key attribute. On the best days, it’s the only thing that’ll guarantee how much meat you save and not lose.

Another thing that you can do is to improve your skill. Boosting how you kill the deer and skin; it is very integral to the amount of meat that you end up with after a hunt. Well, there are so many places that you can aim to kill a deer.

However, you need to make sure that the place you choose gives you a smooth kill. A smooth kill means quick death with less damage to the venison. That’s how you minimize any form of damage.

Apart from that, you should learn how to skin a deer. At the same time, I will talk about that in another post. Here are a few tips that you can use to hone your deer skinning skills.

Hunt with a Pro

Hunting with a group is one thing, and hunting side by side with a pro hunter another. Make sure that you have a highly experienced hunter with you whenever you go deer hunting. This is very important for a new hunter.

Having a pro around means you will get a hands-on lesson on how to do things. You will learn how to kill a deer without so much damage, how to skin a deer, how to dismember the carcass of a deer.

Working together with a pro won’t only boost how much meat from a deer but also leave you with a memorable lesson to go with the home.

Even so, one of the most important things that you’ll learn about getting the best deer meat is patience. The same applies to any hunter who wants to fall some huge beast for their perfect kill too.

You must always take your time to study the pack. Remain patient and consider your options before you take the killer shot. Taking a poor shot, as I said, can easily damage some juicy flesh. Again, it might give the deer a painful death, which is not what a great hunter would love.

Good luck with your hunt, and remember to get a quick and painful death for the deer with every shot that you take.